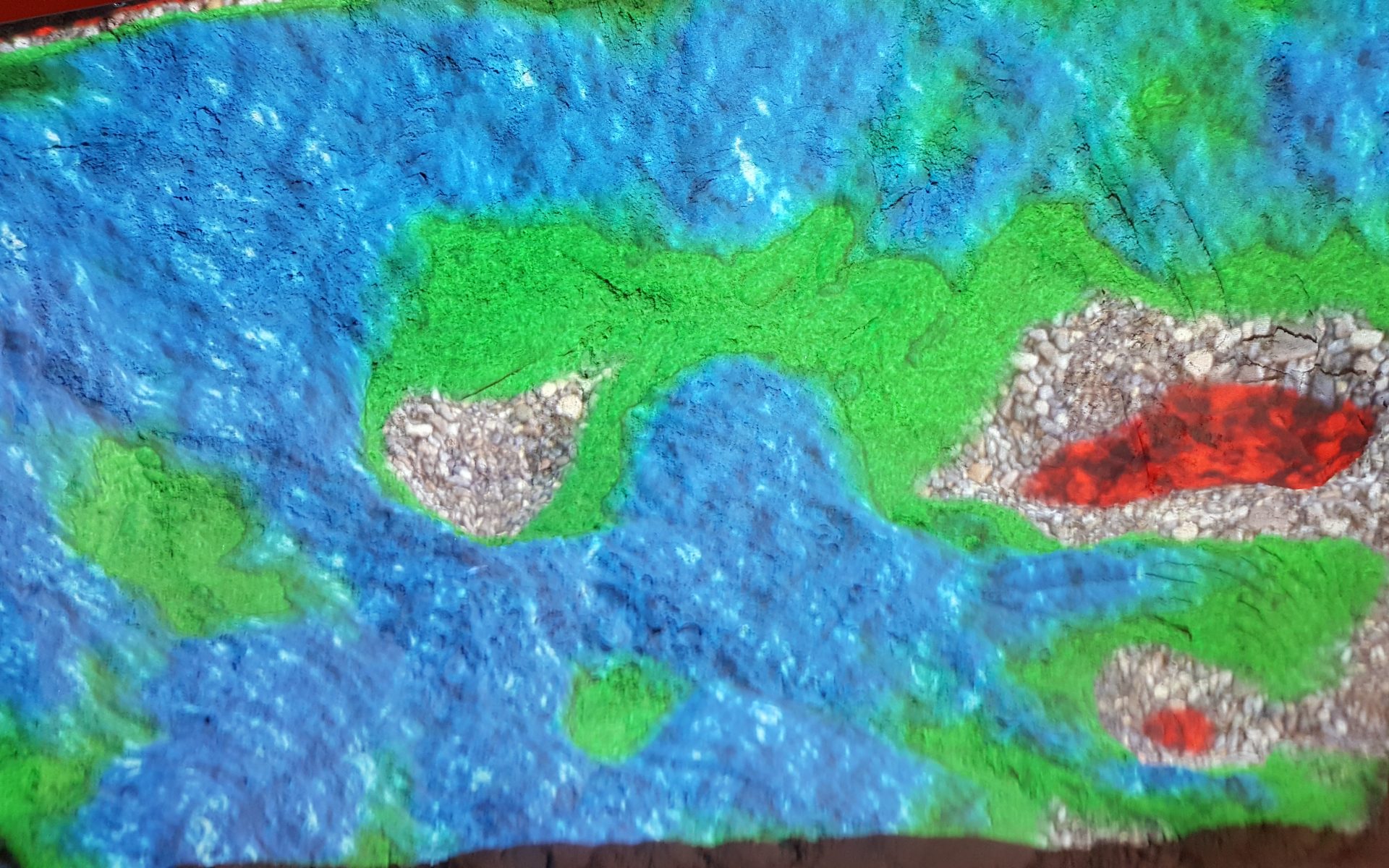 Over the next few months, we’re going to talk through iSandBOX’s amazing games and show how they can really help with a child’s development.  This month, we’re looking at our Volcanoes game.  Here goes:

What is it?
The Volcanoes game allows children to build volcanoes using sand.  The iSandBOX technology brings them to life and makes them look like real volcanoes.  Once they reach a certain height, the volcanoes start to erupt and children will see bright red lava pouring from the top.  Smoke also appears to emulate what happens when a real volcano erupts.

Who can play the game?
All of iSandBox’s games are made for 3-7 year olds including this one.  Children can work individually or in groups to build volcanoes and watch them erupt.  To add extra drama, multiple volcanoes can erupt on iSandBOX at the same time.

How does the game tie into learning?
This mode ties in well with teaching children about how famous volcanoes, such as Mount Etna or Mount Vesuvius work.   It can be tied into lessons around:
•  Geology – teaching children how and why volcanoes erupt, as well as lessons on the interior structure of the earth.
• Social studies – this game allows children to think about the impact an erupting volcano will have on the local communities at its base.

The Volcanoes game is a great example of how teachers can take theory from the textbook and ‘bring it to life’ using iSandBOX.  It also allows children to engage with something visual that they can manipulate and change, which helps them to remember.

How does it work?
iSandBOX works with a sand base, projector and a computer.  It uses Augmented Reality to ‘bring the sand to life’ using depth sensors found in Kinect 2 hardware (the same as an XBOX) that monitor the height of the sand and react to different movements.  In this game, the iSandBOX is calibrated to make the volcano erupt and change colour when the sand is at a particular height.

There are lots more games on iSandBOX to see.  Watch this space for more information or if you’d like to see one in action, pop along to Aberdeen Science Centre, where iSandBOX is on display.